Minion Cake-Pops, by the local TAFE

Went up to the Maitland Aroma Festival yesterday to wander and sample some coffee, chocolate, wine and other delicious local yums. 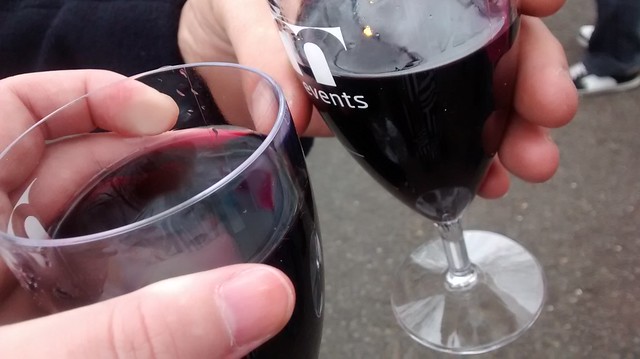 It was one of those occasions where you buy your sampling plastic glass ($5) and then pay $2 for a 50mL sample, or $5 for a full glass. I don’t mine buying the cup, because they make a really handy addition to my non-breakable wine glass stash! 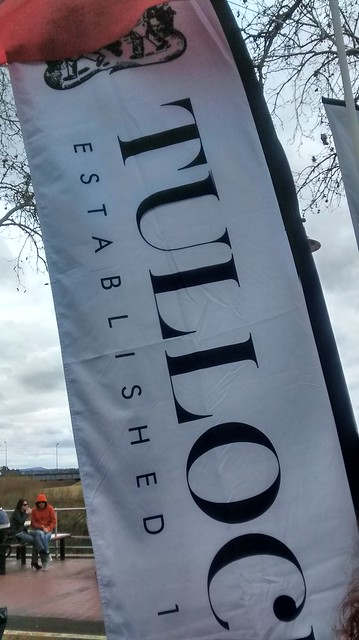 The Tulloch Shiraz went down well, as is to be expected ;) 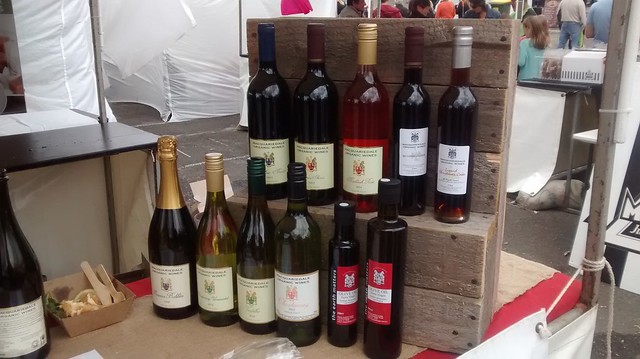 We then tried a Shiraz and a Merlot from Macquariedale Organic Wines… Again, two delicious drops – we’re not normally Merlot drinkers, so this we a nice smooth surprise :) 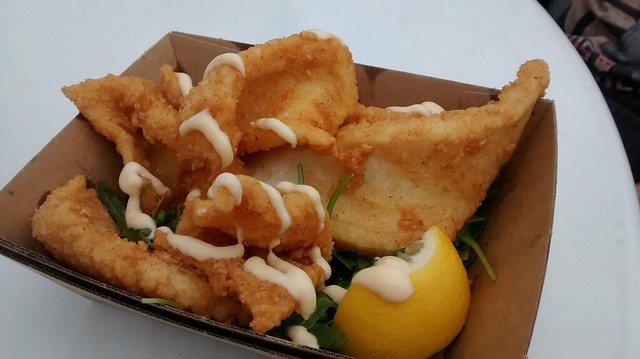 Which we enjoyed with cumin and cayenne squid with lime aioli ($15) from the Twine Restaurant stall. 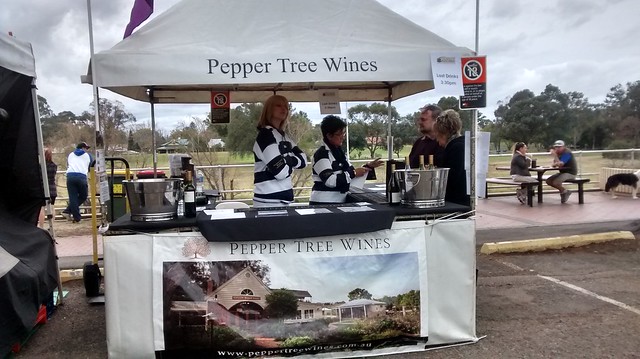 The final drop of the day was one more Shiraz, this time from Peppertree wines. 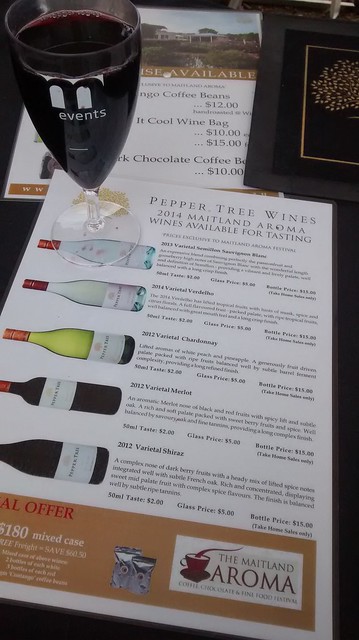 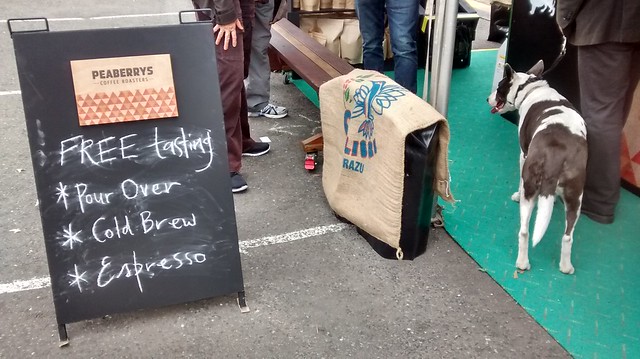 This was supposedly also a coffee and chocolate fest, but I only sampled coffee from Peaberrys (all the rest were simply stalls selling coffee and hot choc) – but they had three sorts on offer! 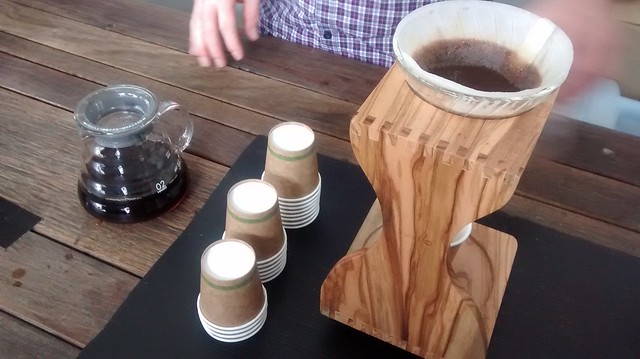 The pour over hot filter was my favourite, it was really smooth and not at all harsh. 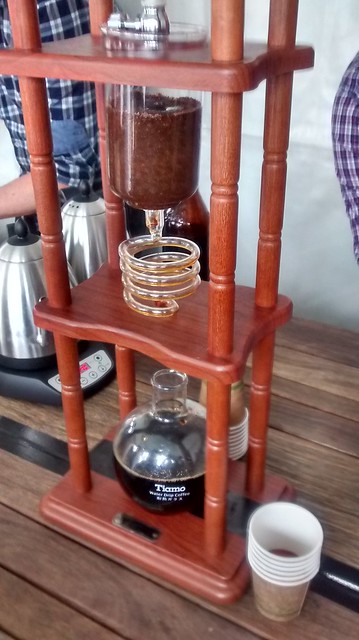 Cold filter was just STRANGE. I don’t understand it. it wasn’t bad or anything, but I think my palate isn’t wanky enough to appreciate it :p 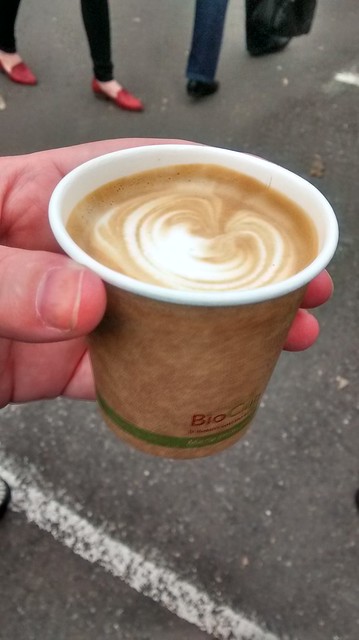 And the traditional espresso (with or without milk). Certainly Peaberrys is on my list of “yes I’ll go to that cafe” coffees. (Like Sprocket, Campos and Toby’s Estate. 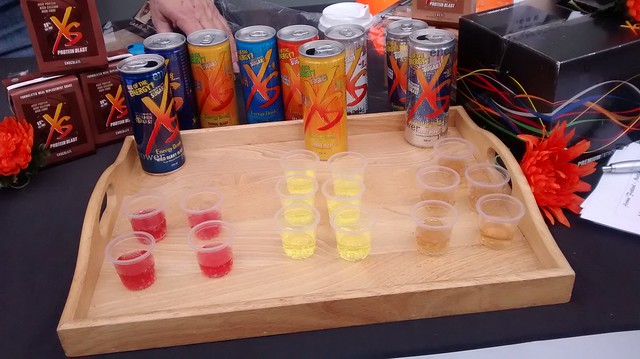 Energy drinks were the next order of the day. XS Energy had their low calorie drinks and protein products to try….

The Berry drink was sickly sweet, the citrus nice enough, and the original just tasted like RedBull. Their choc protein bars had that strange texture of all protein bars, as did their protein drinks (I tried the latte flavour). 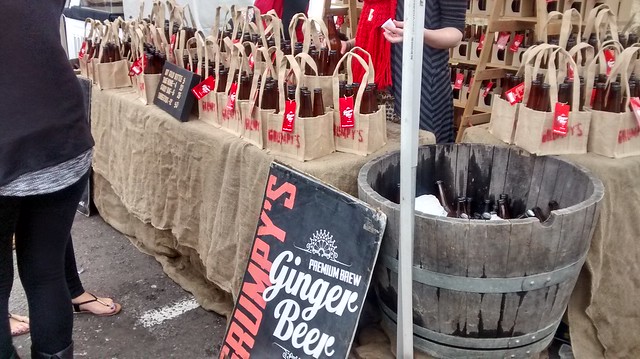 Then it was Ginger Beer time. The Grumpy’s Ginger Beer has a nice bite to it, with a hint of chili apparently that I couldn’t taste. It was certainly a cold drink that can warm up your insides! 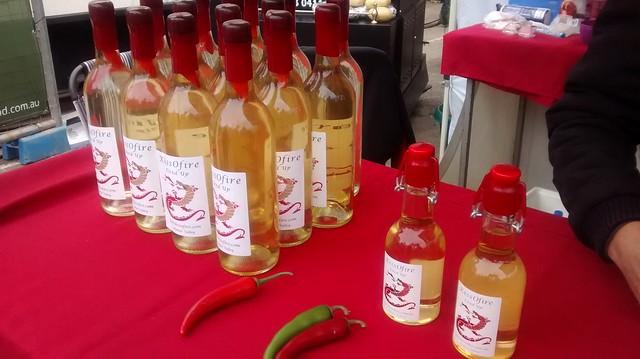 Speaking of warming – the Kiss O Fire chili butterscotch liqueur was at the festival too. I’ve tried the plain butterscotch before – I love it and think it was be great over icecream ;) I left the chili one for the others, who liked it :) Something different for the Christmas hamper?

And What Else Did We Try? 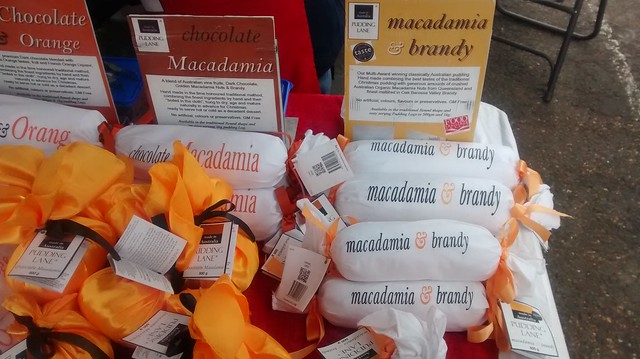 Well, following on from the ideas for Xmas… I tried a the Pudding Lane Macadamia and Brndy pudding log. I’ve not thought to put macadamias into a Xmas pudding or cake, but maybe… I DO love macadamias! 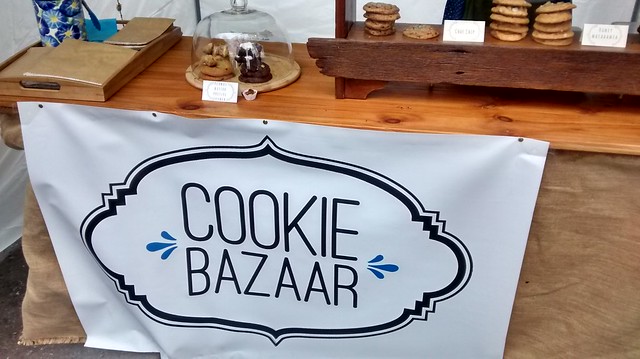 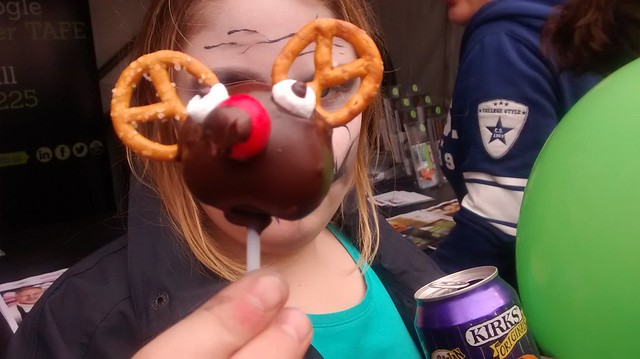 I’m told the Cake Pops the TAFE was making were worth the wait. They’re certainly cute!! 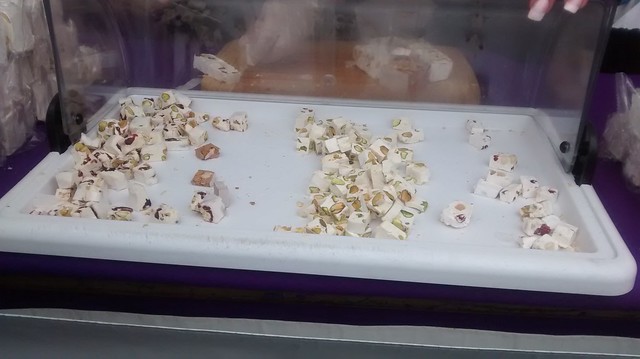 We each had our favourite nougats from Nougat Limar…but mine was the pistachio and cranberry :) 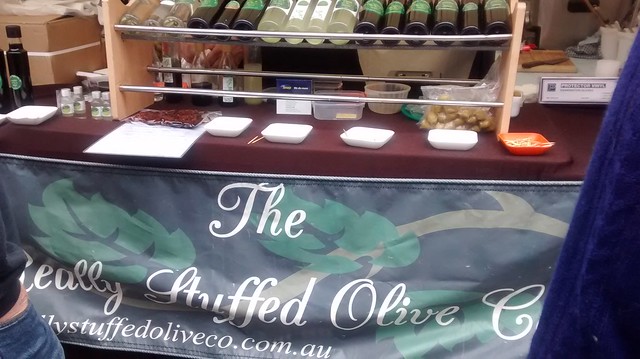 Olives were sampled from The Really Stuffed Olive Co.… I did like the garlic, and the others liked the chili…but they can’t beat my favourite garlic olives from Mr Cheese at The Old Bus Depot Markets in Canberra. 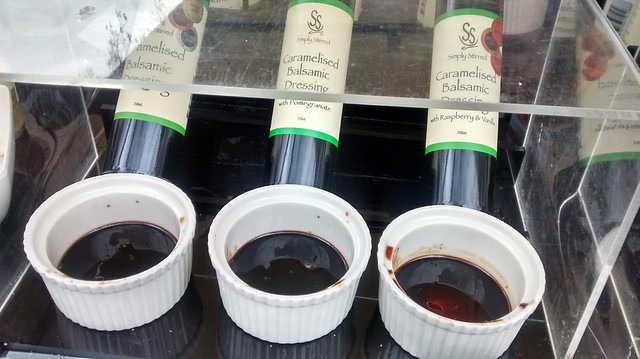 Simply Stirred had sooo many things to try I can’t remember them all – except this Raspberry and Vanilla Balsamic. Wow! Certainly something different! 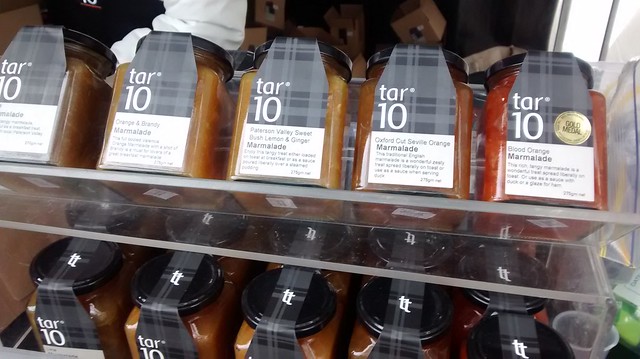 Tar10’s chutneys and marmalades were varied and delish – I liked this blood orange one, and there was also a lime marmalade that mmmmmm!

It was a great day out – but it didn’t stop me from making mulled wine and eating blue cheese when we got home!! 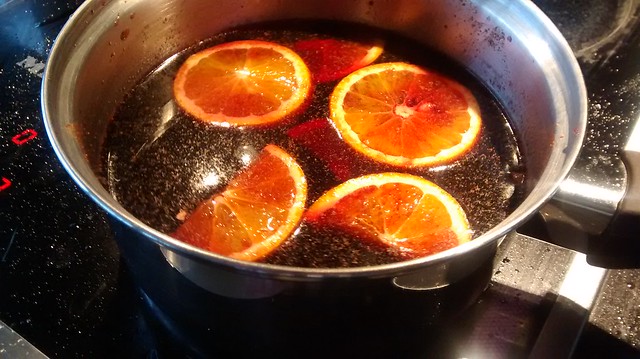 (The Festival is still on til 4pm today in Maitland if you’re keen!)