Browsing
I received the stock as a sample 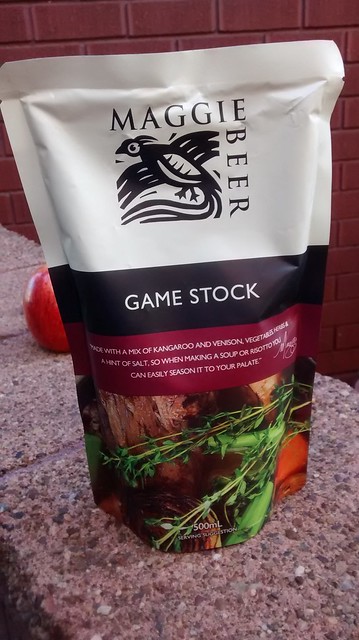 It’s definitely winter, with the ugg boots on, cup of tea in hand, and the stove or crockpot simmering away most afternoons, filled with the promise of a hot, hearty dinner to fill your cold belly and nudge you towards the comfort of your doona and an early bedtime. 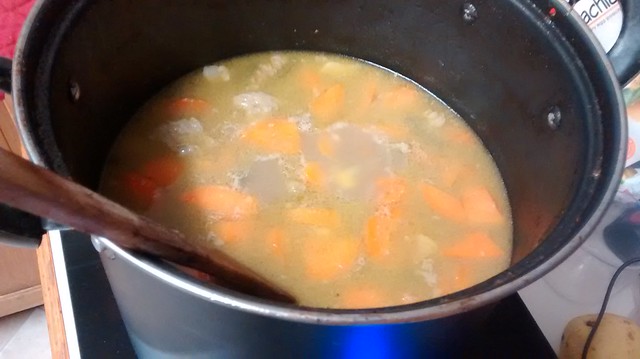 So, my first thoughts when I received this game stock to try (yup, it has kangaroo and venison in it) was a large hot pot of soup, particularly as the air was so damn cold and we are all snuffling away with some sot of ‘flu. 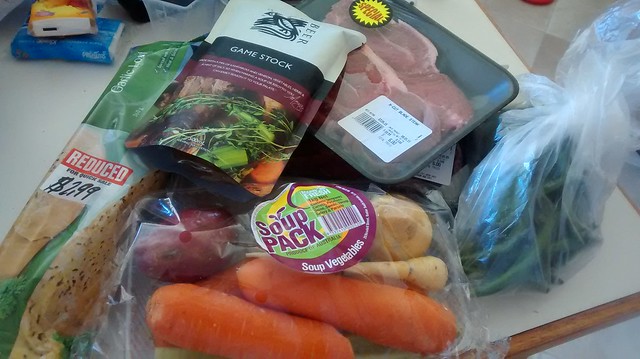 It was a weekday afternoon when I decided to make it, and I couldn’t face either of the local shopping complexes – the carparks at both Glendale and Warners Bay are HELL at school pickup time until close to six – so the IGa up the road it was. All local IGAs have their good and their bad, but ours is pretty good with its range of fresh veges and meat. 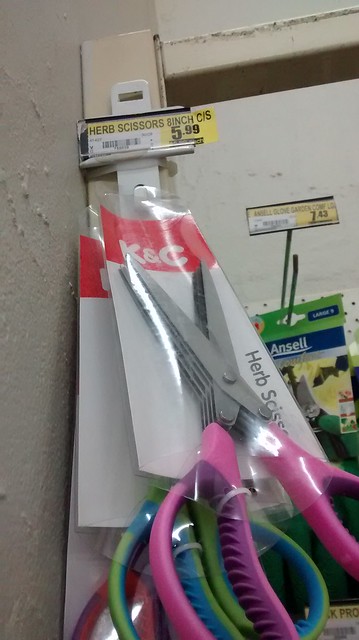 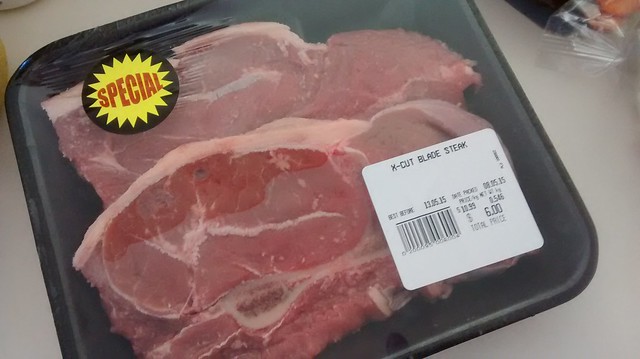 I got the soup pack, a cheap cut of meat, and some garlic bread to serve it with. 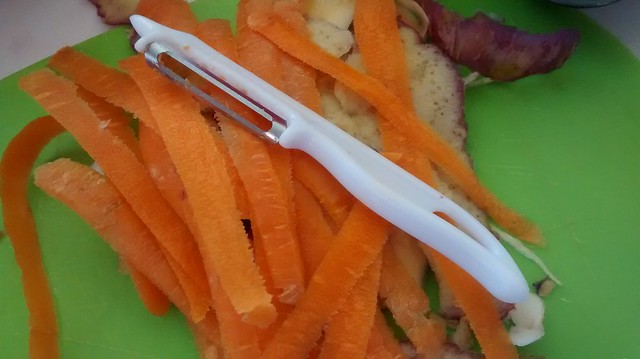 I really like the basic vegetable peelers. I’ve used the bigger ones, but I’m either not coordinated enough and keep peeling myself, or I find them really hard to use of small veges (like the tiny parsnip in the soup pack – not impressed!) 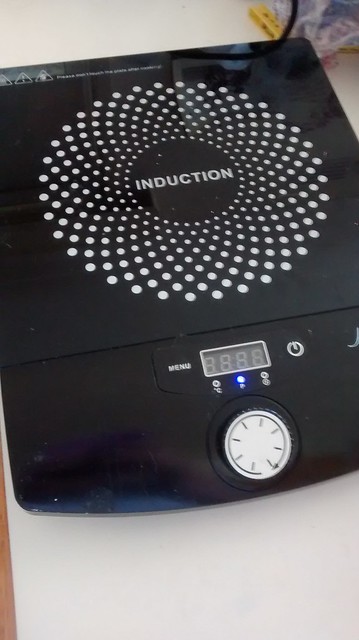 I ended up cooking the soup on this plug-in induction plate, because, even though I had it down to “1”, the stove was way too hot and was no conducive to simmering the soup for 3-4 hours! 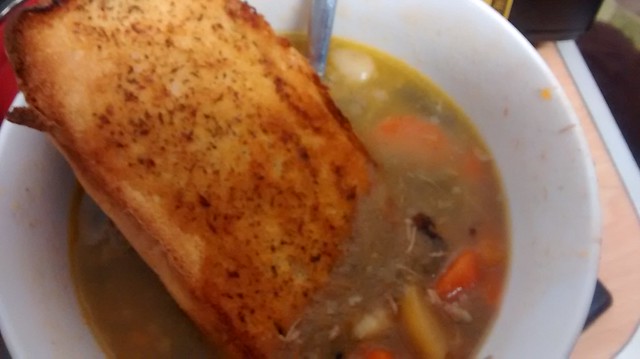 And the verdict on the stock? Lotsa rich flavours that were something special compared to normal chicken bone broths. Not salty, so we could add salt to taste unlike many stocks where you just WISH they were a little more diluted. 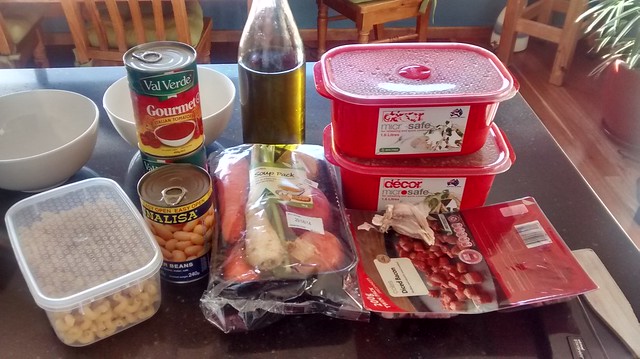 I don’t have photos of the chicken carcass to share, just trust my that boiled the following up in a pot for an hour or so to make some stock the other day:

I was told later than maybe soaking the carcass in some apple cider vinegar might have got out more noms.
I strained it into the red boxes and popped it in the fridge for a couple of days. 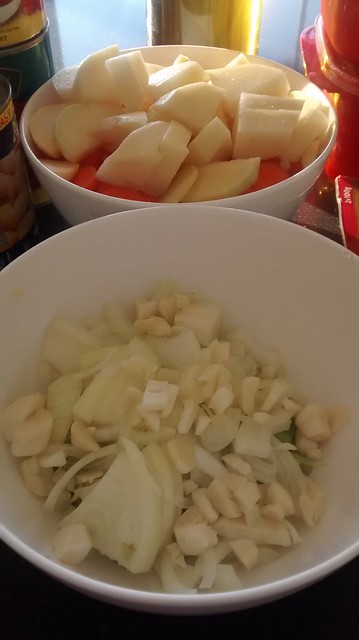 So…. for the minestrone, I got out a big pot, chopped everything up, and then: 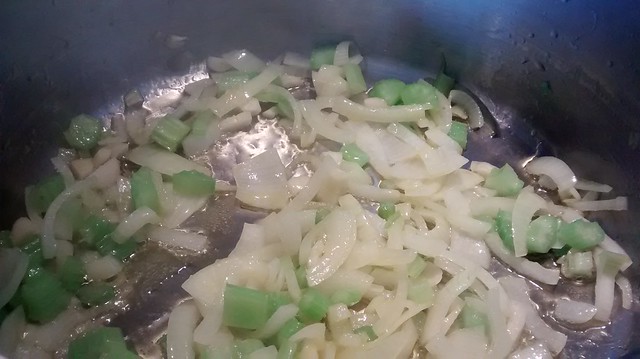 Fried up the onion, garlic and celery in a sploosh of olive oil. 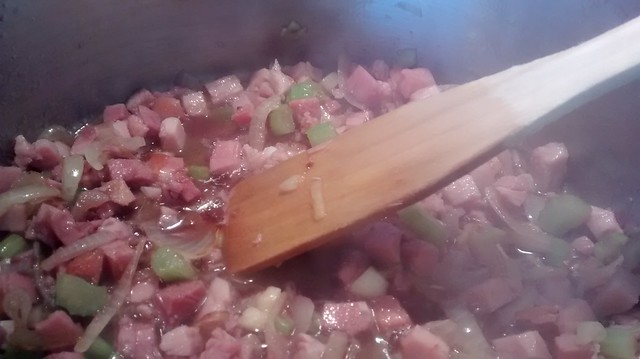 Added bacon. Oh and some red wine. And let that happen for about 10 mins. 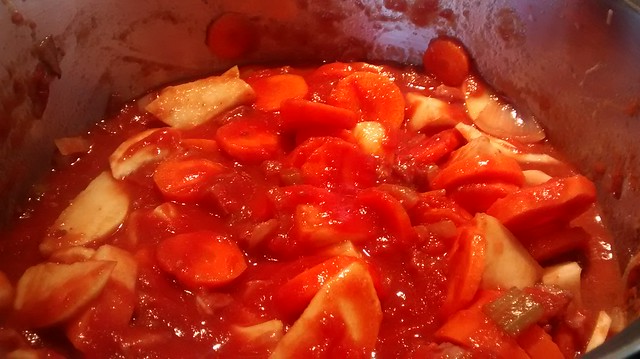 Then the veges and the two tins of tomato. Heated that through and then added 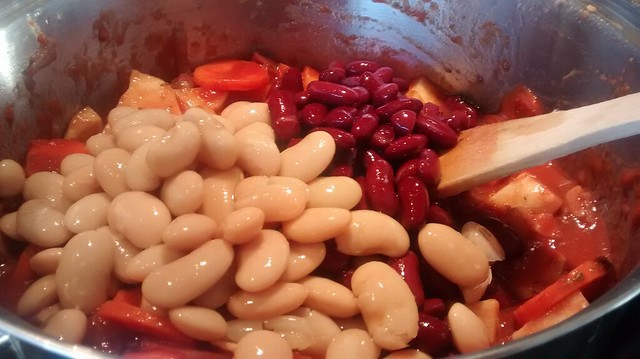 Beans. Butter and red kidney beans. And some green stuff (dried rosemary and some fresh thyme in this case) 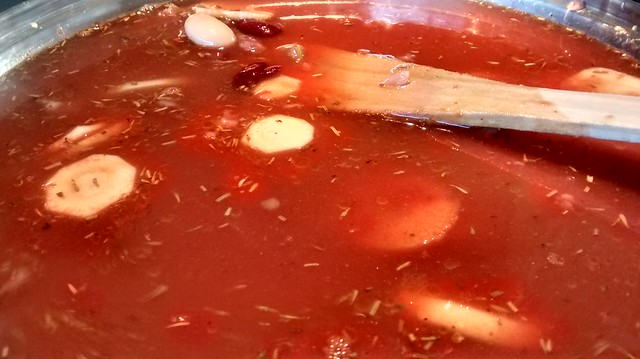 Let it simmer forever, then added some more crushed garlic, and half a cup of pasta spirals and let them soften. 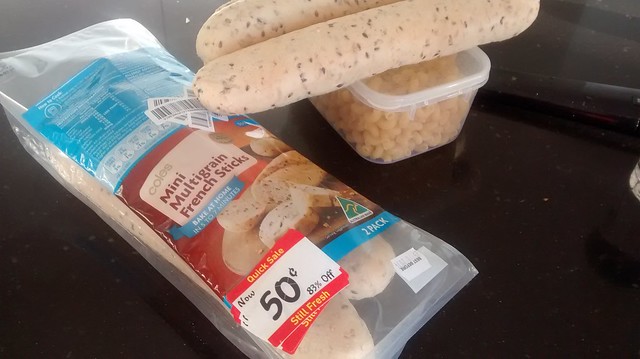 Then ate it with some heavily discounted bake at home bread with butter.

What soup do you do?